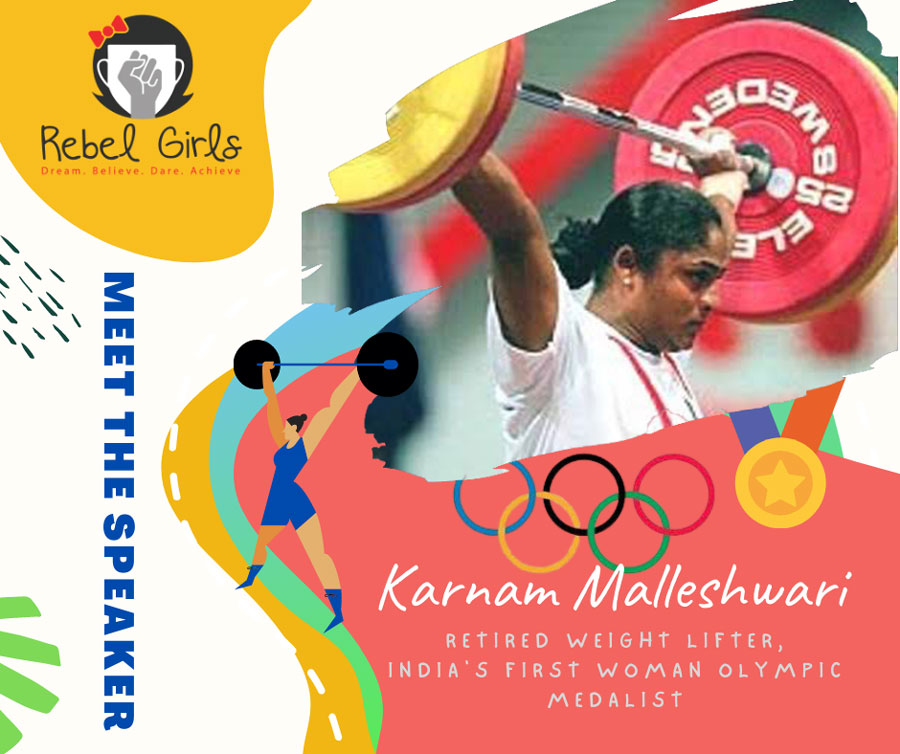 Today the kids interacted with KarnamMalleshwari. Lots of discussion around fitness, food habits, training regime, the dedication needed to become a champion. Discussions around biases in sports… managing competition… sportspersons in the room got some valuable advice on how to continue their training..

Thought of the day “if you want to do something and work hard towards it, you will achieve it”

KarnamMalleswari is a retired Indian weightlifter. She is the first woman in the history of Indian Olympics to win a medal.

Along with the national and international medals, she was also awarded with the Rajiv Gandhi Khel Ratna in 1999, Arjuna Award in 1994, and Padma Shri in 1999.